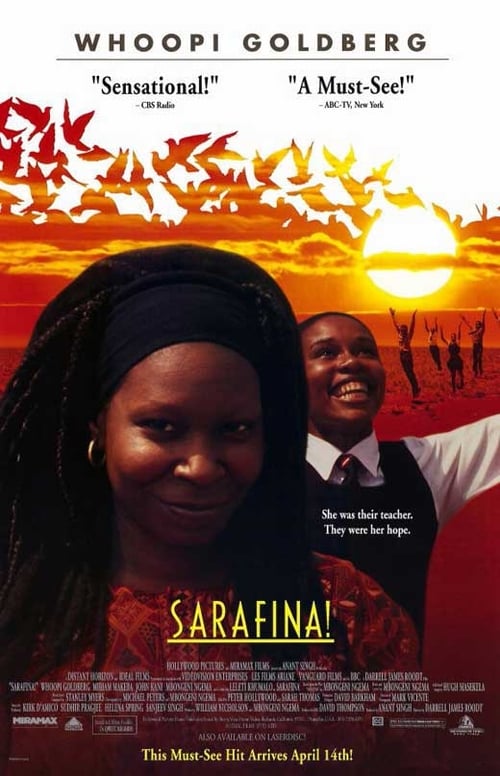 Share to Microsoft Teams
Share by Email
Follow Movie
Get Embed Code
View Comments5
The plot centers on students involved in the Soweto Riots, in opposition to the implementation of Afrikaans as the language of instruction in schools. The stage version presents a school uprising similar to the Soweto uprising on June 16, 1976. A narrator introduces several characters among them the school girl activist Sarafina. Things get out of control when a policeman shoots several pupils in a classroom. Nevertheless, the musical ends with a cheerful farewell show of pupils leaving school, which takes most of act two. In the movie version Sarafina feels shame at her mother's (played by Miriam Makeba in the film) acceptance of her role as domestic servant in a white household in apartheid South Africa, and inspires her peers to rise up in protest, especially after her inspirational teacher, Mary Masombuka (played by Whoopi Goldberg in the film version) is imprisoned.